We have the knowledge and expertise to help you navigate the waters. And we know Lake Washington, Lake Sammamish, and Puget Sound intimately! Let us expertly guide you through the waterfront buying or selling process—including competent pricing evaluation, strategic positioning, relentless advocacy throughout the negotiation process, and resources and referrals to complete the due diligence required in your next waterfront transaction. 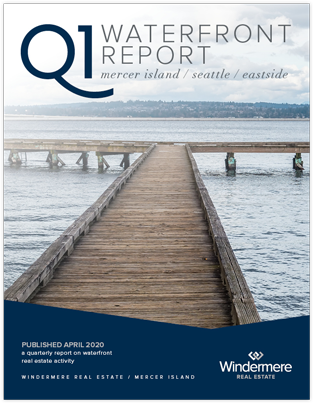 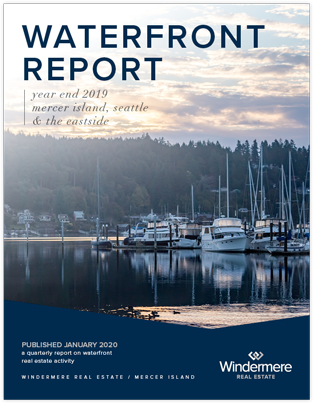 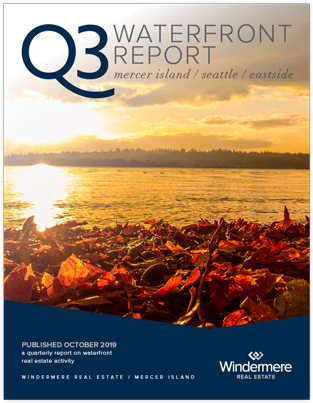 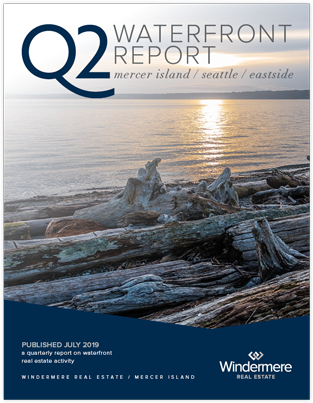 Note that limited in-person real estate activities have been allowed as essential since March 25, 2020 under the Governor's Stay Home order.

The pace of waterfront transactions has been slowing over the past few quarters, driven in large part by fewer international buyers in the market. Even so, Q1 was markedly off for waterfront sales. The Eastside had 3 private waterfront home sales. Seattle had 8, Mercer Island had 2, and Lake Sammamish had no sales […]

Now that Washington State Senate Bill 5998 has been signed into law, our local real estate excise tax—the tax paid when you sell a property—will be getting a facelift in 2020.  The flat rate of the past will make way for a new tiered system which gives owners a tax cut on the first […]

The Eastside had 42 private waterfront home sales in 2019. Seattle had 41, Mercer Island had 20, and Lake Sammamish had 31 sales during the same period. The highest Eastside—and regional—private waterfront sale of 2019 was on Hunts Point for $37,500,000. The highest 2019 sales in the surrounding areas include a Washington Park (Seattle) home […]

Waterfront Property Valuation   While supply and demand clearly play a role in establishing the value of a waterfront property, several unique elements overshadow the typical supply divided by demand equation. The first one is rarity. Examples of this include: point properties—waterfront at the tip of one of our few natural points—with more expansive […]

How to Determine the Value of Shared Waterfront

Evaluating of Shared Waterfront The concept of shared waterfront incorporates many different waterfront-sharing situations. Establishing the value of the share isn’t as simple as dividing the overall value of the waterfront parcel by the number of shares…although that’s a good start. The term “shared waterfront” has been used to describe everything from a private parcel […]

Seattle had 13 private waterfront home sales in Q3, the highest of which was a $10.6 million Laurelhurst estate on a shy acre with 150 feet on the water. The Eastside (Bellevue-Kirkland) had nine sales in Q3, including a $15.4 million 1925-built Yarrow Point home on 1.15 acres with 100 feet along the water’s […]

A significant number of private waterfront homes transacted in Q2 2019—fourteen on the Eastside, eight on Mercer Island, and eleven each in Seattle and Lake Sammamish. The highest Q2 sale was a 1998 Yarrow Point home on 115 feet of waterfront sold at $14,250,000 after 22 days on the market. The lowest sale was a […]

Lakeside Resources That Will Float Your Boat

Local Waterfront and Boating Info Shorelines are heavily regulated in King County and, love it or hate it, the tight guidelines help keep our Puget Sound lakes in good order. King County’s Lake Stewardship Program has produced several fact sheets on lakeside regulations. If you’re wondering what you can plant and still be in […]

Lake Sammamish is the sixth largest lake in Washington, and one of the major recreational lakes—with high use by fishermen, boaters, water skiers, swimmers, and picnickers. The freshwater lake is 7 miles long and 1.5 miles wide, with a maximum depth of 105 feet and a surface area of 8 square miles. It lies east of Bellevue and west of the Sammamish Plateau, and stretches from Issaquah in the south to Redmond in the north.

Puget Sound is the body of water that envelops the greater Seattle area in natural beauty. Seattle waterfront homes border the Sound to the west and Lake Washington to the east. Elliott Bay is the body of water immediately viable from downtown Seattle and much enjoyed by Seattle dwellers and sightseers alike. West Seattle is surrounded by the sound and Elliott Bay on three sides of its natural peninsula. Puget sound is approximately 100 miles long in total, extending from Deception Pass to Olympia with an average depth of 450 feet. The ship canal and Montlake Cut link the Sound to Lake Washington via Lake Union.

Thank you for your inquiry.